CULLEN BUNN AND VANESA R. DEL REY SET TO BLAME IT ALL ON ‘THE EMPTY MAN’

by Sebastian Piccione on May 15th, 2014 · No Comments on CULLEN BUNN AND VANESA R. DEL REY SET TO BLAME IT ALL ON ‘THE EMPTY MAN’ 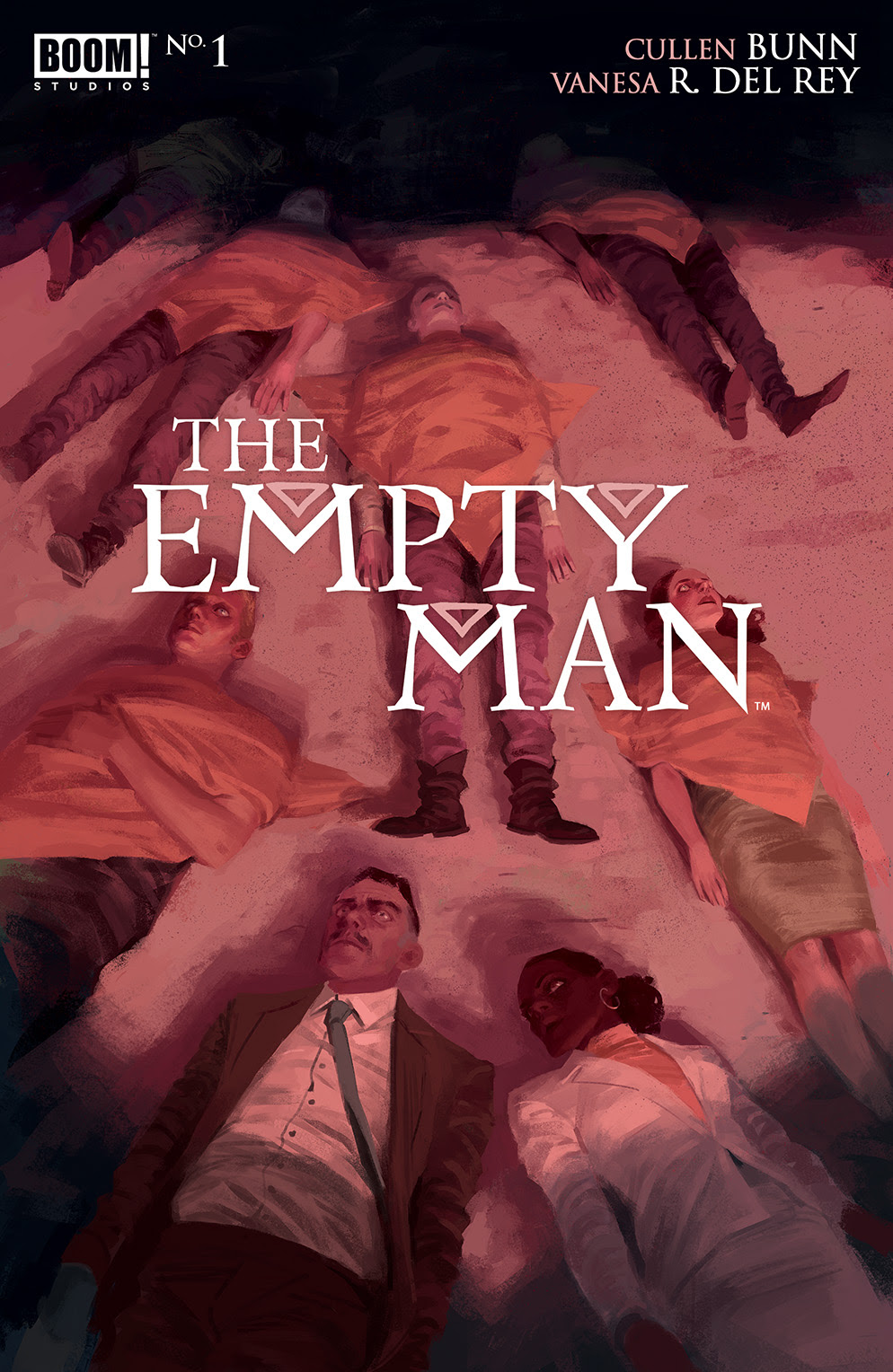 THE EMPTY MAN #1 Cover A by Vanesa R. Del Rey 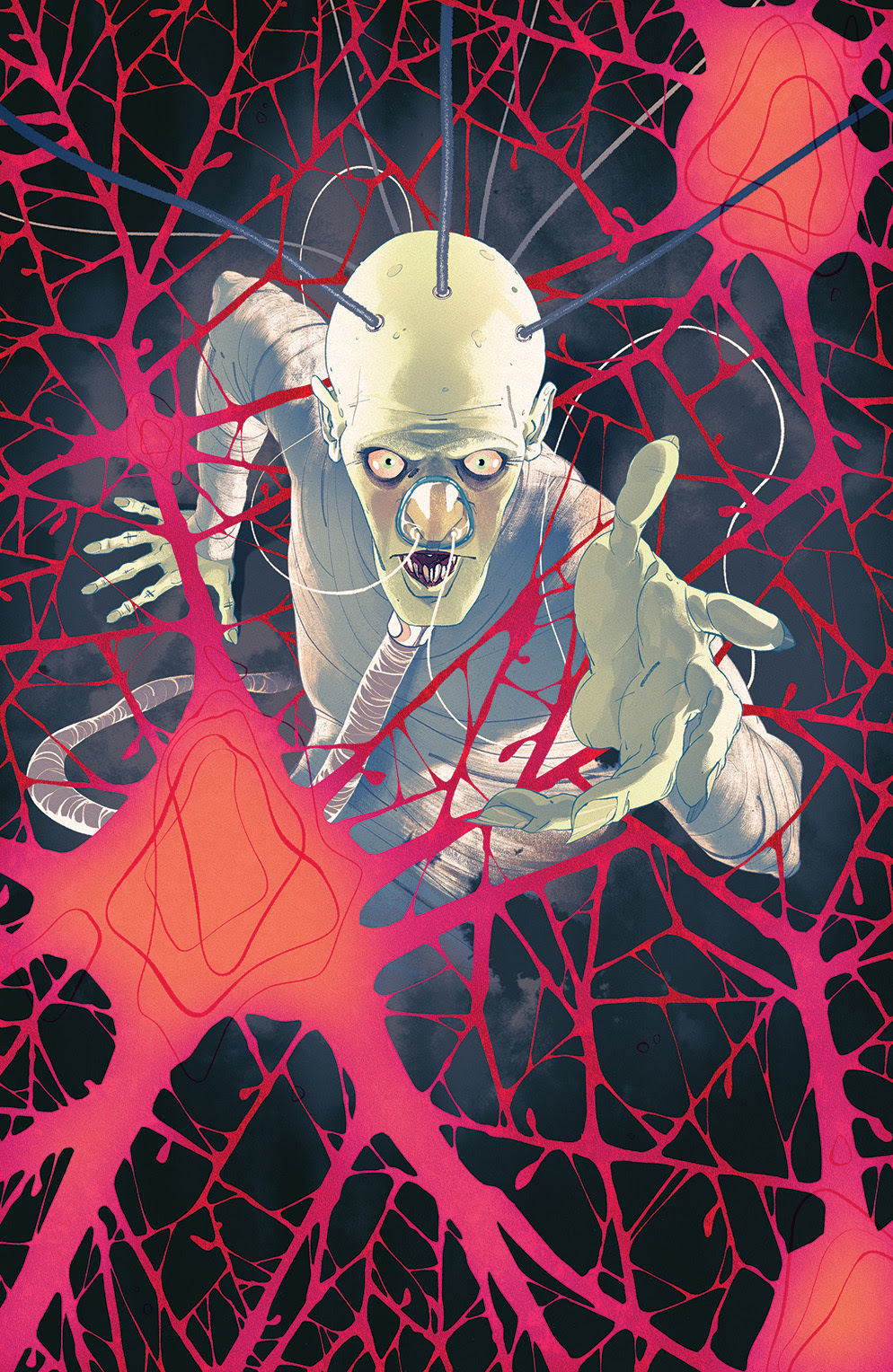 THE EMPTY MAN #1 Cover B by Go ñi Montes

May 14,  2014 – Los Angeles, CA – When you think of a good horror story, you might imagine some kind of monster, like the werewolves of CURSE or the nightmare fuel of CLIVE BARKER’S HELLRAISER. However, some of the scariest stories are the ones that hit home—stories that are just realistic enough to make you wonder if it really could happen. This June, BOOM! Studios plays on those fears with THE EMPTY MAN, a dystopic version of the world we know, where a terrifying disease has taken on almost deific connotations and has inspired a wave of murder cults. People are killing each other and themselves, and the same words keep popping up: “The Empty Man made me do it.” Writer Cullen Bunn (The Sixth Gun, Magneto) and artist Vanesa R. Del Rey (HIT) are two of the most exciting talents in the industry, and perfectly in sync on this haunting new crime procedural.

“My favorite horror stories are of the grounded variety, balancing terror with real-world human concerns,” said BOOM! Studios Editor-in-Chief Matt Gagnon. “The disease and investigation that are at the heart of THE EMPTY MAN completely hit that mark. Combining a bit of J-horror and a bit of the police procedural, Cullen Bunn and Vanesa R. Del Rey—both visionaries in their own right—have crafted a gripping story that explores some of our darkest fears.”

It’s been one year since the first reported case of the Empty Man disease, and no drug has been able to slow its progress. The cause is unknown, and the symptoms include fits of rage, hideous hallucinations, suicidal dementia, followed by death, or a near lifeless, “empty” state of catatonia. As murder cults rise nationwide, the FBI and CDC enter a  joint investigation of the Empty Man, hoping to piece together clues to stop the cult and uncover a cure.

THE EMPTY MAN #1 arrives in comic shops on June 11th with a cover price of $3.99 under Diamond order code APR140958. The main cover is illustrated by series artist Vanesa R. Del Rey, with an incentive cover available in a limited quantity from Goñi Montes (CLIVE BARKER’S NEXT TESTAMENT). Not sure where to find your nearest comic retailer? Use comicshoplocator.com or findacomicshop.com to find one! It’s also available for order directly from boom-studios.com.

Pop Culture Cosmos #256- EA Returns To Dead Space, The Best Of Comic-Con@Home, and We Go Trailer Hunting Again!
Posted July 26th, 2021 -
A lot on the pop culture plate for Josh and Gerald this week as the controversy hits the video game industry with the California vs Activision-Blizzard and the allegations of sexual harassment. And with ...

Spider-Man Mysterio’s Menace with Aaron Weiss (Weisscast)
Posted July 24th, 2021 -
It all comes back to Spider-Man doesn’t it? There’s a good reason for that, he is one of Marvel’s premier characters for a reason. We’re just going to have a Spider-Man game for every console aren’t ...

ATGN 453 – The New Switch is a Vita
Posted July 24th, 2021 -
The boys are back to talk geek.  Bachan shares the sad news of Richard Donner’s passing and shares some memories of his films to kick things off.  Next Chris talks about the OLED Switch and Willie ...

PCC Multiverse #234- Ted Lasso Returns To The Pitch, Comic-Con Comes Home, and Is Hitting The Theaters Making Us Old?
Posted July 23rd, 2021 -
This week has Gerald Glassford and Marcus De La Garza talking about Ted Lasso Season 2 and its new place as the cornerstone of Apple TV +. Netflix is back again in the spotlight as He-Man Revelations debuts ...

Lauren And Black Widow Are BACK!
Posted July 20th, 2021 -
All episodes are available at https://TheNeuroNerds.com.  Follow @TheNeuroNerds on Twitter/Instagram and Like us at Facebook.com/TheNeuroNerds. Summary: Black Widow is back and so is our co-host Lauren! ...

Pop Culture Cosmos #255- Space Jam With The Slam Dunk on Black Widow, Was Loki’s Ending Good For The MCU, and Will The Steam Deck Be A True Option For Gamers?
Posted July 19th, 2021 -
Josh and Gerald are back along with Noah Ian Fein from HunnicWeen as they review Space Jam: A New Legacy (SPOILERS) and how it beat Black Widow this weekend at the box office while also looking at why ...

Endless Moons Pt 2 with Tommy Jauregui
Posted July 17th, 2021 -
The best thing about supporting a cool story on Kickstarter is getting to go along for the ride over the course of the story’s lifetime. And that’s what we’re doing here in the first time we’re ...