All-New Doop #1 is weird. I like the idea of him floating around the background of the X-Men’s biggest and most hated story where he, I guess, records them all. I thought he would be trolling Battle of the Atom and Milligan was going to be making fun of it. If he did, it went over my head. I don’t really see where this book is headed though. We follow Doop thru one the mutants’ biggest storylines recently focusing mostly on Battle for the Atom as he skulks around in the background as a “marginal character”. It feels like that issue of X-Men Legacy where we were introduced to that mutant who everyone completely and totally forgot existed as soon as he was out of sight. Just not as good. That issue was full of detailed emotional exposition and plenty of introspective contemplation while this issue about Doop is just there. Much of Doop’s purpose is implied and I don’t feel like it’s given enough history or details for the reader to determine what exactly he’s supposed to be doing. In one instance he’s recording a battle. In another he’s motivating a healer to fix an injured Cyclops which I’m sure any other X-Man could’ve done. In another part of the story he’s travelling between stories witnessing another argument between the mutants. Then he reaches into himself and…well…that’s it. He doesn’t pull anything out. It just moves to a new part of the story. Maybe he was pulling his “sleeve” up to look at his watch. I don’t know if that was something that went over my head or something that will impact the story later or what. That’s my complaint about this 1st Doop issue. I don’t know what in the hell is going on. I’m confused but not in a cool, mysterious, mad genius with a master plot, kind of way. I’m just really confused. At the end we find out that he’s in love with Kitty Pryde and wants to marry her. At her complaints that they can’t even have a conversation much less get married, the little green booger turns himself inside out, literally. And then he speaks English?! At first I thought he was gonna rock the Yoda speech for a second there but no. Anyway, at least he can talk now so maybe his story will make more sense to me. I actually am looking forward to figuring out just what the hell Doop is. The art fits in this his whacky world. The facial expressions on the X-Men are pricless as they interact with each other and Doop especially. Kitty Prydes surprised looks and astonished facial expressions are hilarious when he makes himself known on the battlefield and when he proposes. If Doop continues to bounce around battles and X-Men skirmishes with little to no purpose, at least the art will look awesome. Overall this was a strange read and I hope it will be one that fleshes out into more of a storyline instead of Doop randomly doing stuff. And things. I’m interested in the character just because he’s weird but I need to see some kind of reason or motivation for his weirdness to stay interested.

ABOUT THE AUTHOR: Scott Miller

EE-3-2 – Welcome to the Midnight Carnival
Posted September 20th, 2021 -
SUMMARY Upon reaching the city of Port Norsal, the party is stopped at the gates and informed that inns in the city are quite full, on account of The Midnight Carnival being in town. They are told that ...

Pop Culture Cosmos #264- Shang-Chi Revisited, Diablo 2 Gets Resurrected, and It‘s Time To Join The Doom Patrol For Season Three!
Posted September 20th, 2021 -
Josh and Gerald set you up for the week with talk of the arriving series Doom Patrol and Star Wars: Visions. Plus both guys watched Shang-Chi in its third weekend at #1 in the United States. How was the ... 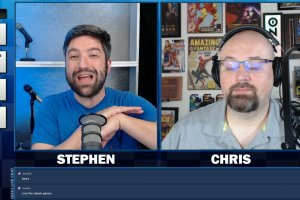 ATGN 460 – Willie’s Titles Are Terrible
Posted September 19th, 2021 -
They boys have to overcome technical issues this week to tell you all about the new Matrix Trailer and the start of Y: The Last Man.  Willie also takes the time to geek out over the latest PlayStation ...

Human Remains with Peter Milligan
Posted September 18th, 2021 -
Imagine a world where you couldn’t feel. No, for real, feeling will get you killed. And not just feeling hate or feeling love or any other specific emotion. All of them. Nothing is safe. Good thing ... 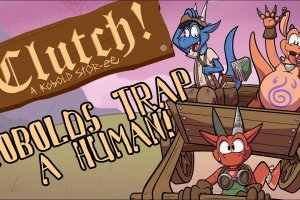 Joe and Lauren Enter the Matrix
Posted September 13th, 2021 -
All episodes are available at https://TheNeuroNerds.com.  Follow @TheNeuroNerds on Twitter/Instagram and Like us at Facebook.com/TheNeuroNerds. Summary: Lauren is back recording in the studio! In this ...

Pop Culture Cosmos #263- Playstation Has Its Showcase, Our Fall TV Preview, and Will Cowboy Bebop Be A Hit on Netflix?
Posted September 13th, 2021 -
Josh and Gerald return to go into depth on Playstation’s latest showcase of upcoming games including God of War: Ragnarok, Spider-Man 2, Gran Turismo 7, The Wolverine, A Star Wars: Knights of the ...

“What If Zombies?” S01E05 Review (A Marvel Comic Universe Podcast) LoS391
Posted September 12th, 2021 -
The Legends Of S.H.I.E.L.D. Producer of the show Director SP, Agent Lauren, and Consultant Chris discuss the Disney+ What If…? season one episode “What If Zombies?” The Team debriefs you National ...