by Sebastian Piccione on Nov 28th, 2016 · No Comments on Phillip Tan takes over art chores on THE HELLBLAZER with issue 7

Tan describes his classic Constantine inspirations to DC COMICS. “I’ve recently read the original run of Alan Moore’s Swamp Thing, and can’t believe how amazing John Constantine’s first stories were. It’s the version that has inspired my artwork for this story. I think people will find a fresh, yet nostalgic, version of John Constantine, as Simon Oliver and I bring the readers along on his adventures.”

“The Smokeless Fire” part 1! Constantine once heard a ghost story in a Parisian bar, and maybe the old man wasn’t just telling tales. So he takes Mercury in search of the only man he knows who’s encountered the Djinn. Problem is, they’re not the only people looking!

by Sebastian Piccione on Nov 22nd, 2016 · No Comments on CORNER BOXES return on Marvel Feb. Variants

What’s better than a box of chocolate this Valentine’s Day? A box of nostalgia. Marvel’s February variants will feature recreations of the classic corner boxes of days gone by. Here’s a batch of boxes by the legendary Joe Jusko.

New York, NY—November 22nd, 2016 — Face front, True Believers and prepare for the return of the iconic Marvel Corner Boxes! Today, Marvel is pleased to announce a series of over 20 Corner Box Variant Covers, coming to select comics throughout the month of February! All rendered by legendary artist Joe Jusko, these covers feature lush paintings inspired by the classic Marvel corner box artwork of yesterday!

“We’re elated to have Joe Jusko do a series of variant covers based on the classic Marvel corner boxes,” says Marvel SVP Sales & Marketing David Gabriel. “Joe perfectly recaptures what made that artwork so iconic in the first place, and he’s bringing that sense of gravitas to some brand new Marvel Corner Boxes featuring modern characters like Spider-Gwen, Deadpool and more.”

Marvel is pleased to reveal the first eight Corner Box Variants, coming to these February titles:

Plus, be on the lookout for more Marvel Corner Box Variants, featuring loving recreations of classic corner boxes and brand new ones highlighting contemporary characters:

Run, don’t walk to your local comic shop this February to get your hands on these can’t-miss CORNER BOX VARIANT COVERS!

The Bat-Computer is hacked, and Cyborg is in trouble in this sneak peek at JUSTICE LEAGUE #8.

“OUTBREAK” part one! Someone is hacking into the Justice League’s computers, causing the Batcave’s weapons and security systems to turn against the Dark Knight and the Watchtower satellite to plummet to Earth—with Cyborg trapped on board.

Valiant is proud to present your first look inside SAVAGE #2 (of 4) – the next bone-splintering chapter of the year’s most intense, must-read first appearance! In the wake of DIVINITY and BRITANNIA, join acclaimed writer B. Clay Moore (Hawaiian Dick) and explosive artists Clayton Henry (HARBINGER WARS) and Lewis LaRosa (BLOODSHOT REBORN) on December 28th as they unleash Valiant’s next prestige-format epic…and initiate in the brutal origin of the award-winning publisher’s next major hero!

Marooned in an unforgiving prehistoric landscape, high society’s most privileged celebrity family is fighting tooth and claw – literally – for survival. With no shelter, no weapons and no escape, the Savauge family is about to come face to face with the cruelest laws of nature – in the form of the lethal dinosaurs that somehow stalk the impossibly ancient island that has become their home of last resort.

Once they lose everything – and each other – what part of them will endure? Where will the man inside each of them end…and the animal begin?

Plus: Don’t miss the other must-read series of 2016 as “THE FUTURE OF VALIANT” continues with an all-new wave of ongoing series, prestige format projects and standalone events from a star-studded roster of some of comics’ most visionary talents! Beginning in July with FAITH #1, “THE FUTURE OF VALIANT” will extend throughout 2016 with a total of seven epic series – each introducing an innovative array of new concepts and characters…and firmly establishing Valiant’s place as the premier publisher of creative storytelling in comics today: 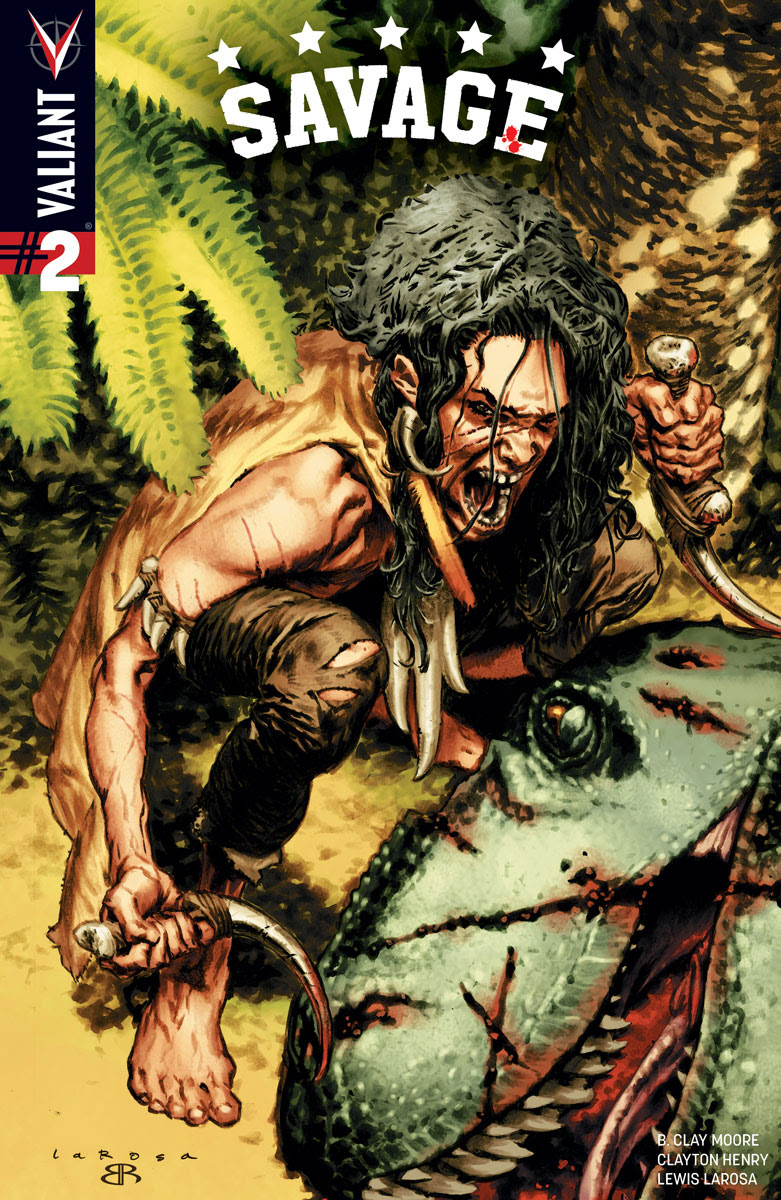 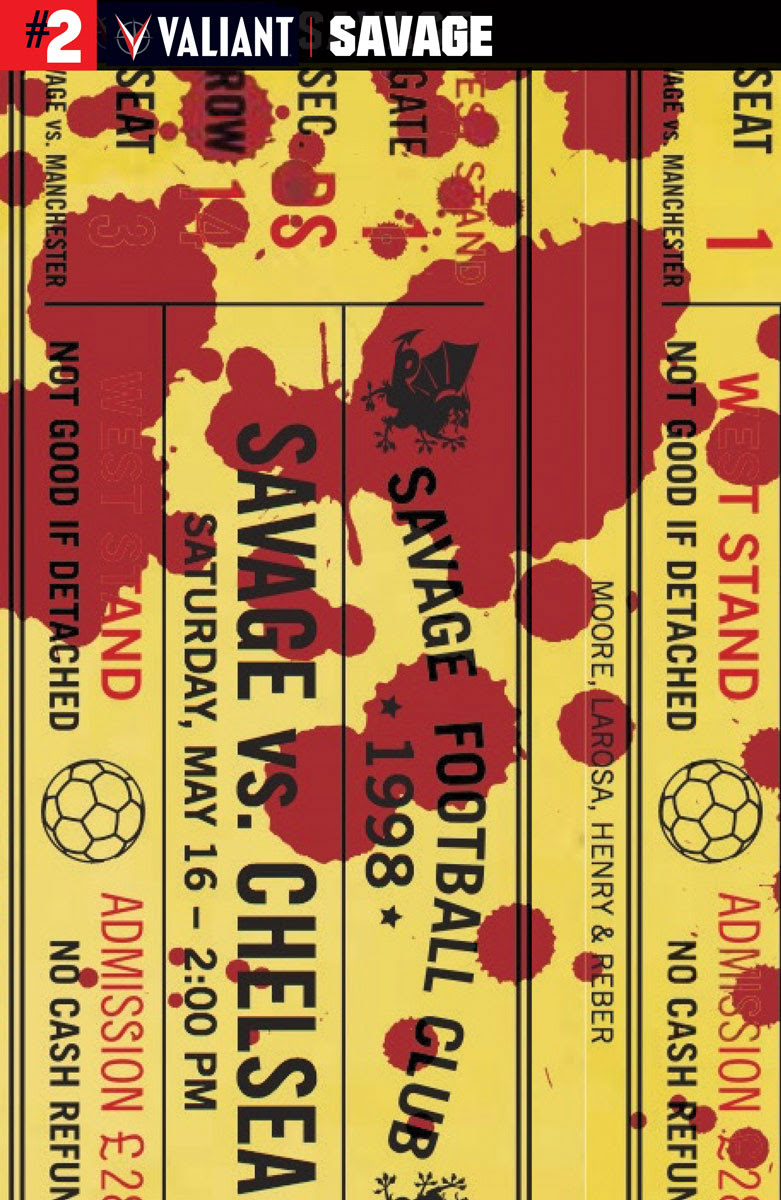 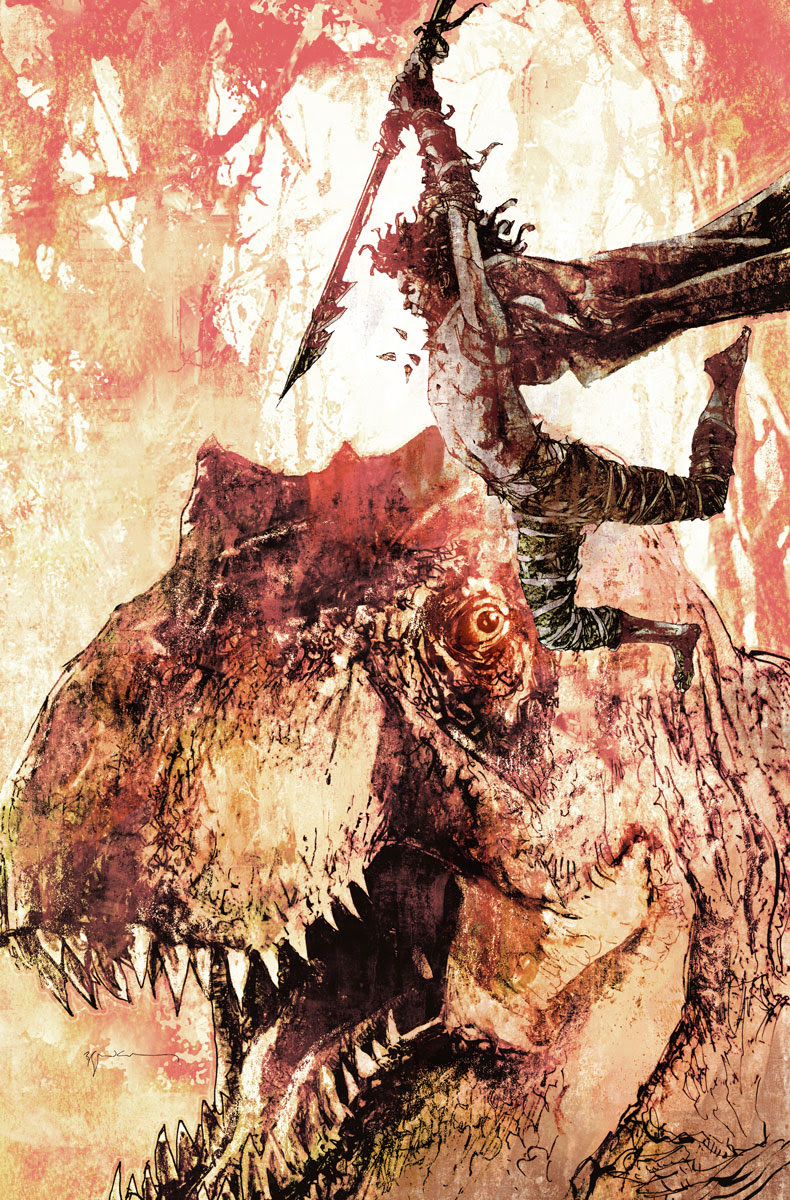 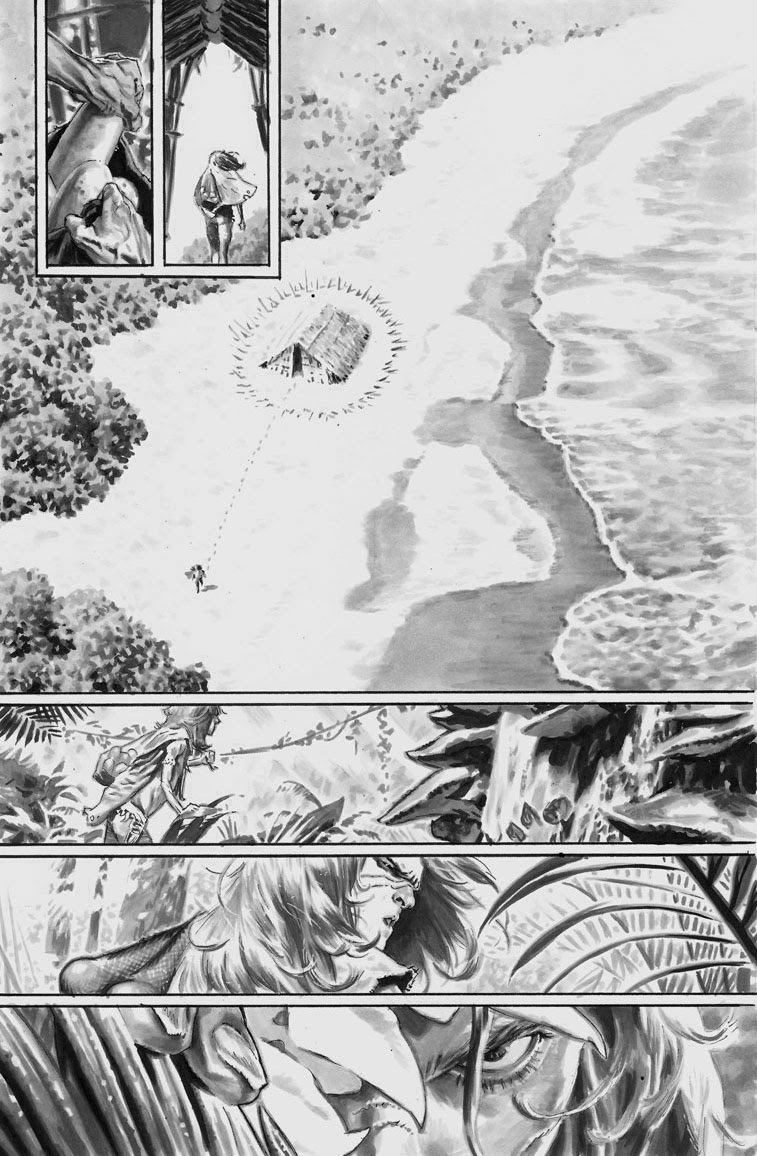 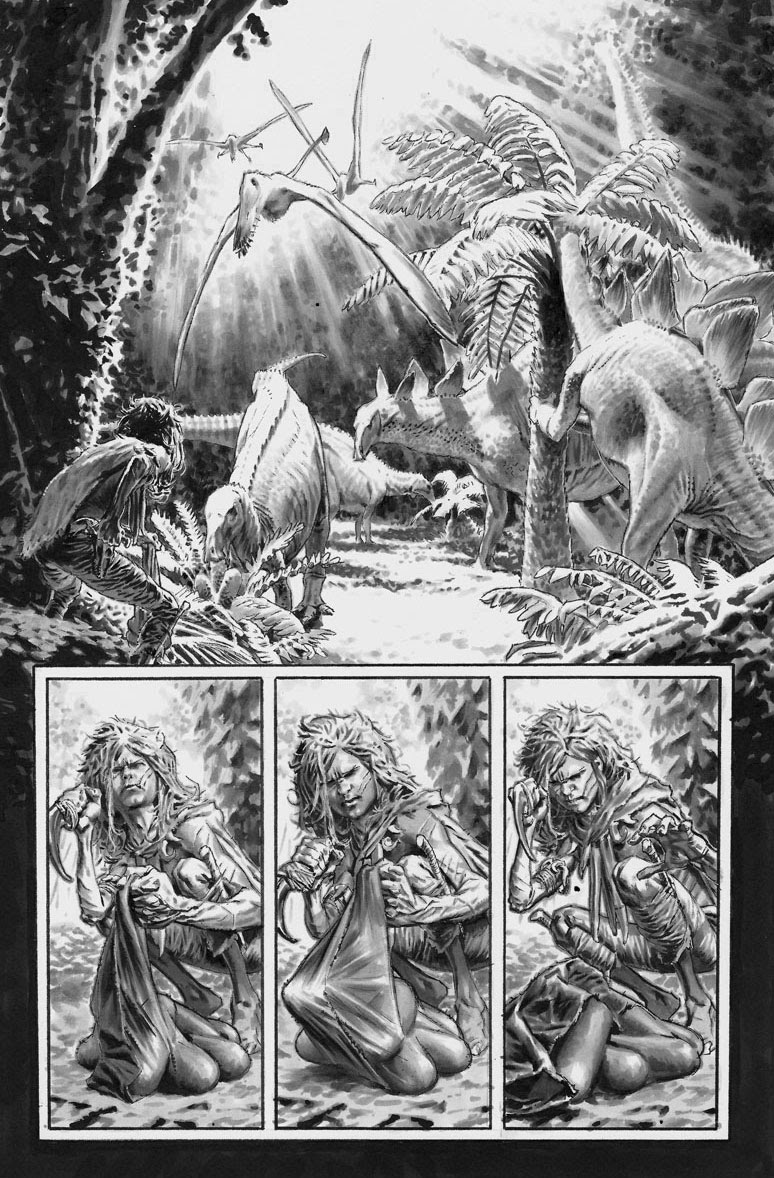 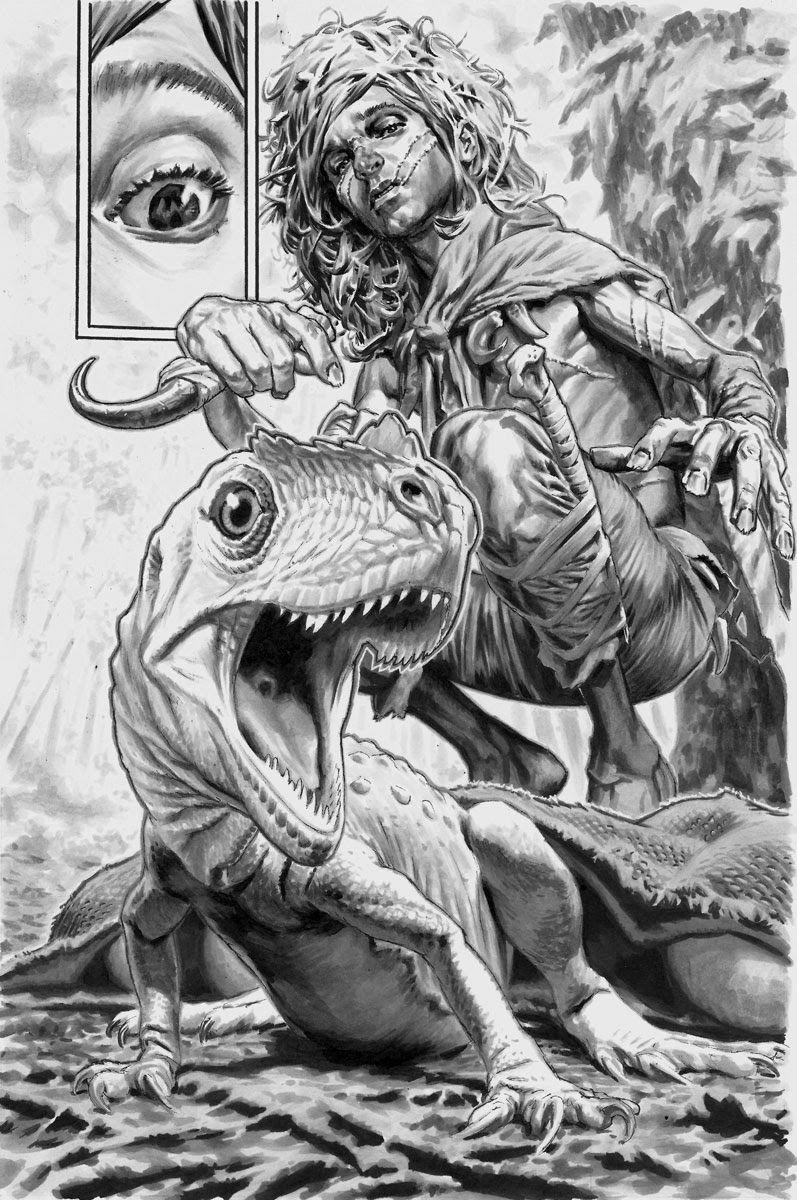 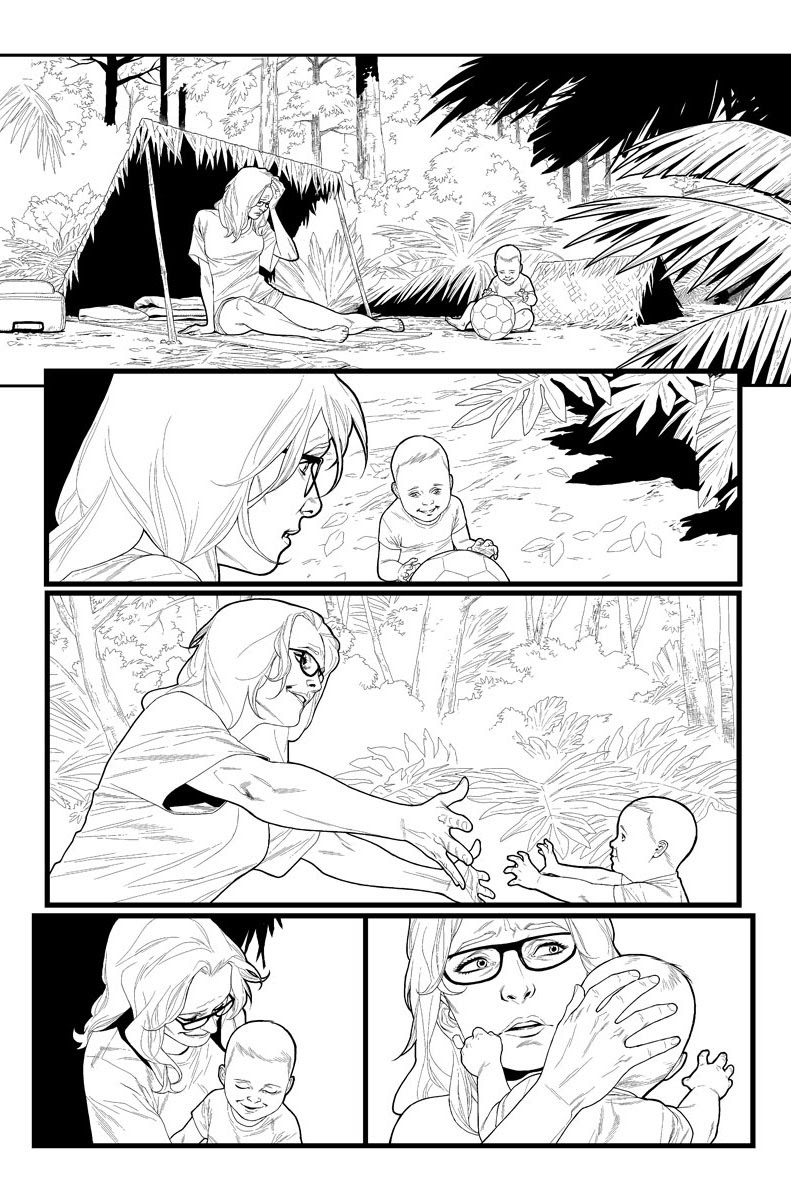 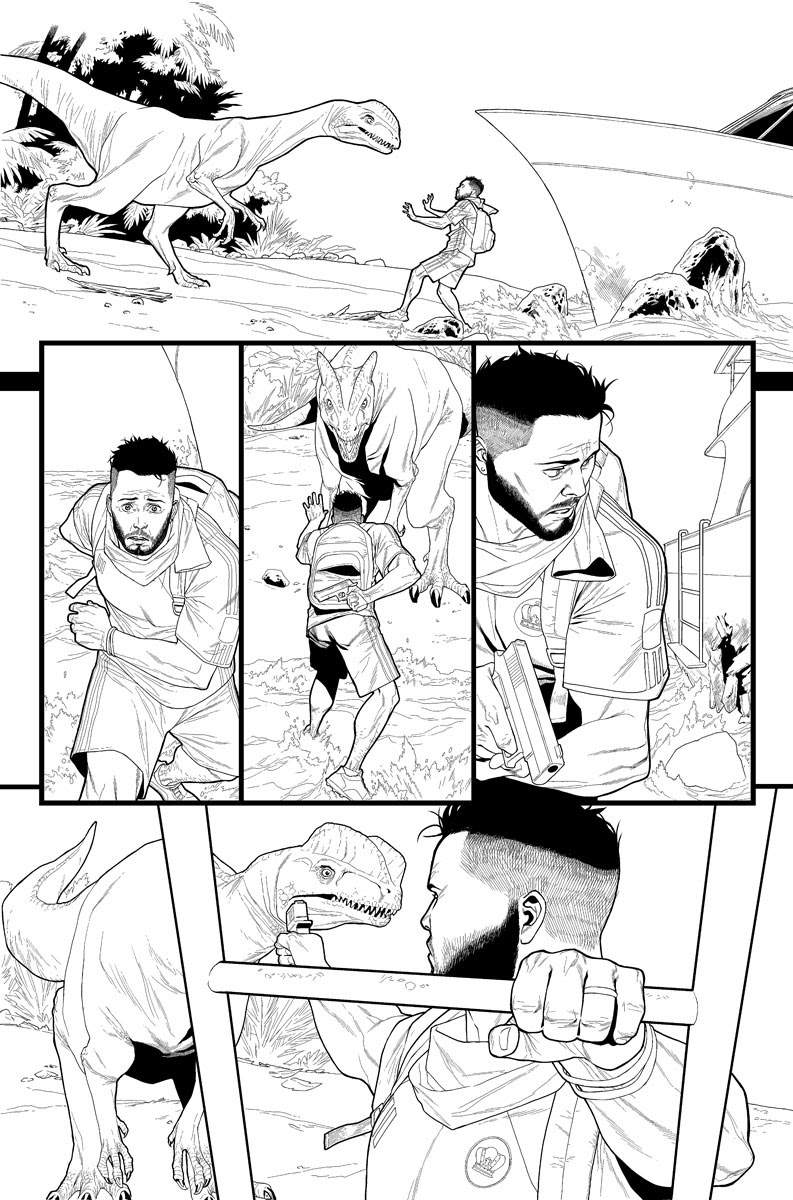 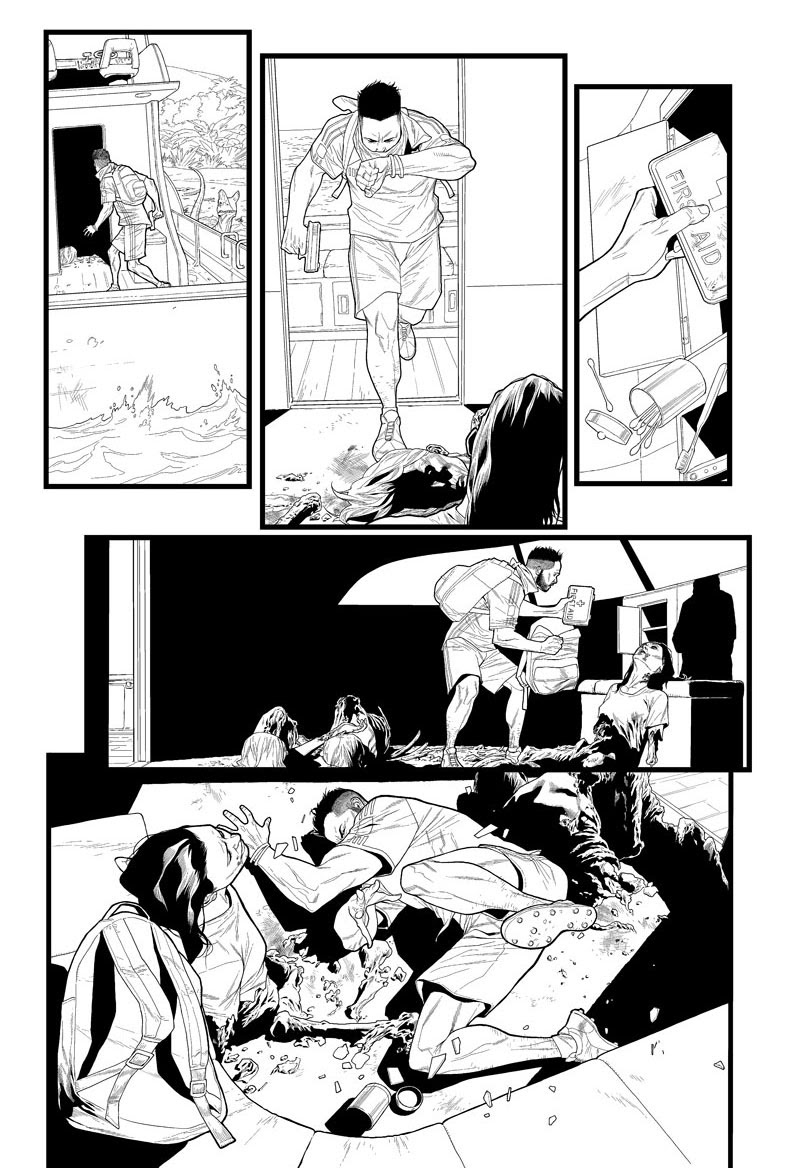 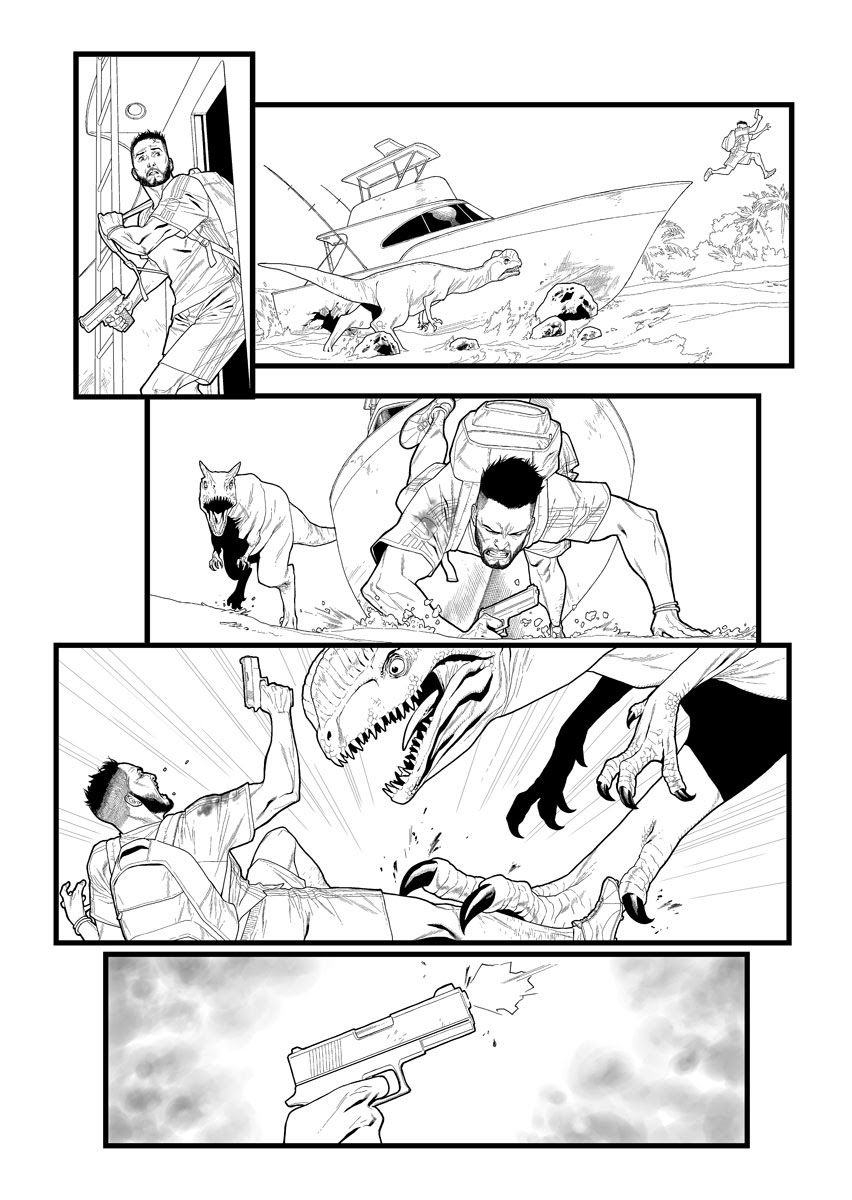 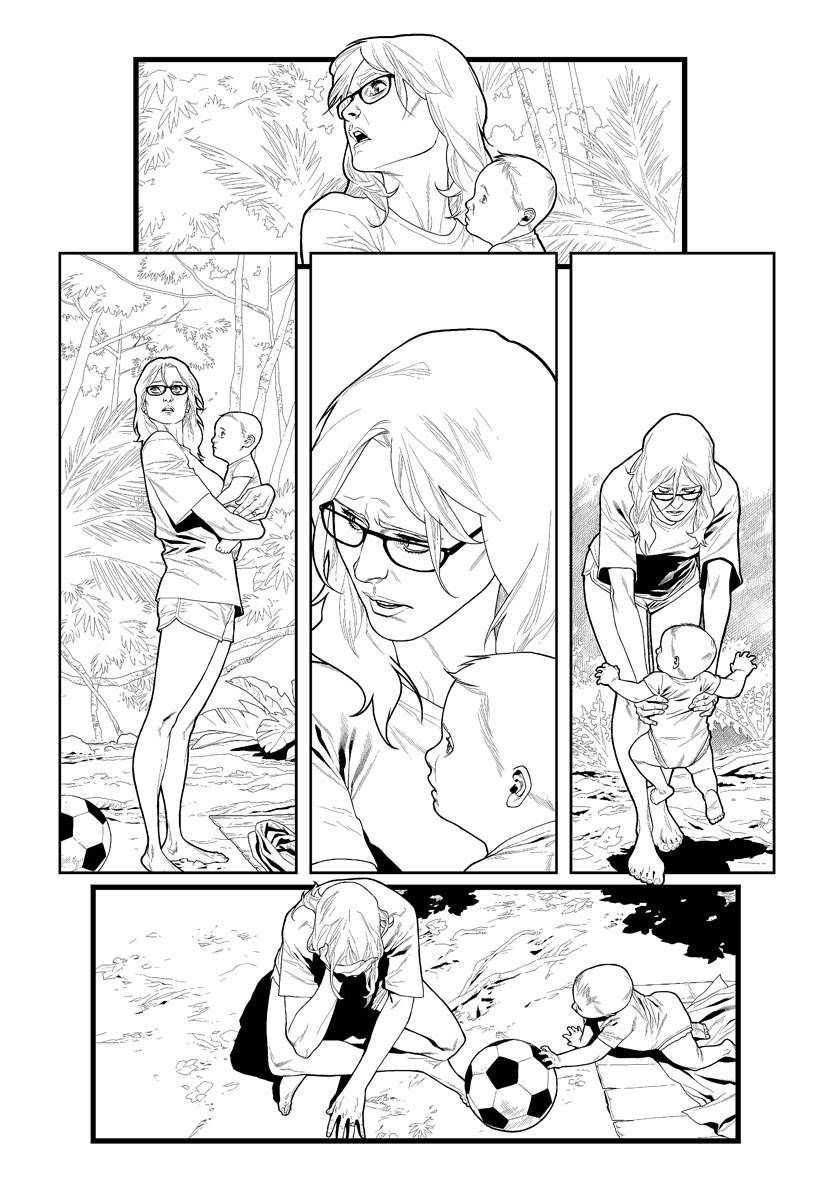 New York, NY—October 27th, 2016 — It’s that time of year again. Black cats, Jack-o-Lanterns, legions of monsters and, most importantly Halloween Comic Fest!Marvel is returning to comic stores this weekend for another exciting celebration of Halloween and comics!

“Just like Free Comic Book Day, Halloween ComicFest is a great way for fans to support their stores and publishers to support retailers,” says Marvel SVP Sales & Marketing David Gabriel. “This year, we’re offering four exciting titles to whet fans appetites and get a taste of some of the great things happening in the Marvel Universe!”

Want to be the Unbeatable Squirrel Girl? What about relive the thrilling first appearance of Doctor Aphra? Are you ready to enter the Haunted Mansion? This Halloween, celebrate at your local comic shop by with free comics and fun activities. Don’t miss Halloween ComicFest, happening at participating stores this Saturday – October 29th!

Everybody’s favorite symbiote is back on Earth and has taken a new host, but who? Why? And what happens now?

New York, NY—October 25th, 2016 — This November, it’s good to be bad. From the far reaches of space the symbiote returns to the choked alleys and darkened streets of New York City in the all-new VENOM #1! Fan-Favorite creators Mike Costa (Web Warriors) and Gerardo Sandoval (New Avengers) spin an iconic new Venom tale for Marvel NOW!. No more “Agent of the Cosmos”, no more “Lethal Protector”. It’s time for a new Venom. But the question remains, who’s under the mask? More importantly – who’s in control? Find out as Venom begins anew on November 23rd in the highly anticipated debut of VENOM #1!

ACTION COMICS #966
U.S. Price: $2.99
ON SALE 10/26“BACK IN THE PLANET” part two! As the Daily Planet’s star returns to work, so does Lex Luthor. Meanwhile, Superman continues to investigate the devastation in the aftermath of the Doomsday attack.

November 19th is LOCAL COMIC SHOP DAY, and publishers have been offering all sorts of exclusive books, covers, and goodies to help honor the brick and mortar tradition that is the LCS (Local Comic Shop). Today, IMAGE COMICS and SKYBOUND ENTERTAINMENT have dropped a doozie…an exclusive LYING CAT statue!

I probably can’t afford it, and I’m OK with that.
…LYING!

It’s no secret that TED KORD is near and dear to my heart, so when I saw this exclusive preview over on COMIC BOOK, I had to share it.
It’s a labor of love.

BLUE BEETLE #1
Written by KEITH GIFFEN
Art and cover by SCOTT KOLINS
Variant cover by CULLY HAMNER
Jaime Reyes is back home, but just when he thought he had a grasp on this alter-ego, the Blue Beetle, he discovers everything he believed about his scarab is a lie according to the mysterious Doctor Fate. With dire warnings about the symbiote that is fused to Reyes’ spine, Kent Nelson, the original wielder of Doctor Fate’s power, seemingly on verge of insanity, has he come to save Jaime as he claims…or will he try to eliminate the Blue Beetle, no matter the cost?
On sale SEPTEMBER 28 • 32 pg, FC, $2.99 US • RATED T

Jennifer Walters: No SHE, all HULK!

by Sebastian Piccione on Sep 20th, 2016 · No Comments on Jennifer Walters: No SHE, all HULK!

One of the post-CIVIL WAR II changes coming to the MARVEL UNIVERSE this December is the new ongoing Jennifer Walters series, entitled simply HULK. Not SHE-HULK, just HULK.  Having taken a physical beating from THANOS, only to suffer the mental anguish of her cousin BRUCE’S murder, Jen is in a different place, and the title is meant to reflect that. Her new series will be more, struggling with her inner-rage than usual, lighter and more in control stories from her previous SHE-HULK runs.

New York, NY—September 20th, 2016 —Jennifer Walters has survived the Civil War, but not unscathed. This December, she rises from the rubble, re-entering the world as a different kind of hero in the all-new HULK #1! Eisner Award-winning writer Mariko Tamaki (This One Summer) makes her Marvel debut alongside rising star artist Nico Leon (Spider-Man) to chronicle the ongoing adventures of Jennifer Walters – and bring you a Hulk book for Marvel NOW! the likes of which you’ve never seen before!

Following the traumatic events of Civil War II, Jen is determined to move forward, to go on with her life. But there is something bubbling under the surface. A quiet rage. The physical and mental wounds are still fresh. The pain of the past and all she’s lost is always there – an undercurrent, a pulse, waiting to quicken and trigger her transformation into the one thing she doesn’t have control over…the HULK!

“The title Hulk implies all of the baggage that comes with that comic’s 50+ year history – the ongoing battle with the monster within – and that’s why it’s more appropriate for this series,” says Editor-in-Chief Axel Alonso, speaking with The AV Club. “Jen went through major trauma in Civil War II, and Mariko and Nico’s story will deal with the fallout of that trauma – the anxiety and anger, sometimes self-destructive, that comes along with it. If there’s a light at the end of the tunnel, Jen is going to have to search hard for it, and she’s going to have to battle with some pretty big monsters – including the one within – to find herself again.”

Jennifer Walters’ greatest battle is about to begin. One that will pit her against the monster inside. Can she control the rage that consumed her cousin Bruce for so long? Or will she succumb to it? Find out when Tamaki and Leon bring you the can’t-miss HULK #1 this December!