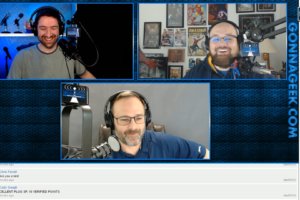 In this episode Stephen tells you about SwiftKey is getting it’s very own incognito mode, Chris tells you Telltale is probably telling a Guardians of the Galaxy Video Game story, and SP gives an update on the latest return date for SpaceX’s Falcon 9. Finally, in Stephen’s Geeky Stuff he gives first impressions of the Google Pixel.

Want to chime in for a future show? Call 567-343-GEEK(4335), tweet @gonnageek, email podcast@gonnageek.com or like us at Facebook.com/gonnageek. Want to chat during our LIVE recording? Join www.geeks.live on Mondays at 8:45pm Eastern.