by Sebastian Piccione on Sep 3rd, 2014 · No Comments on VALIANT SIZED QUANTUM AND WOODY #1 coming December

QUANTUM AND WOODY Get VALIANT-SIZED with Tim Siedell, James Asmus, and Pere Perez in December! 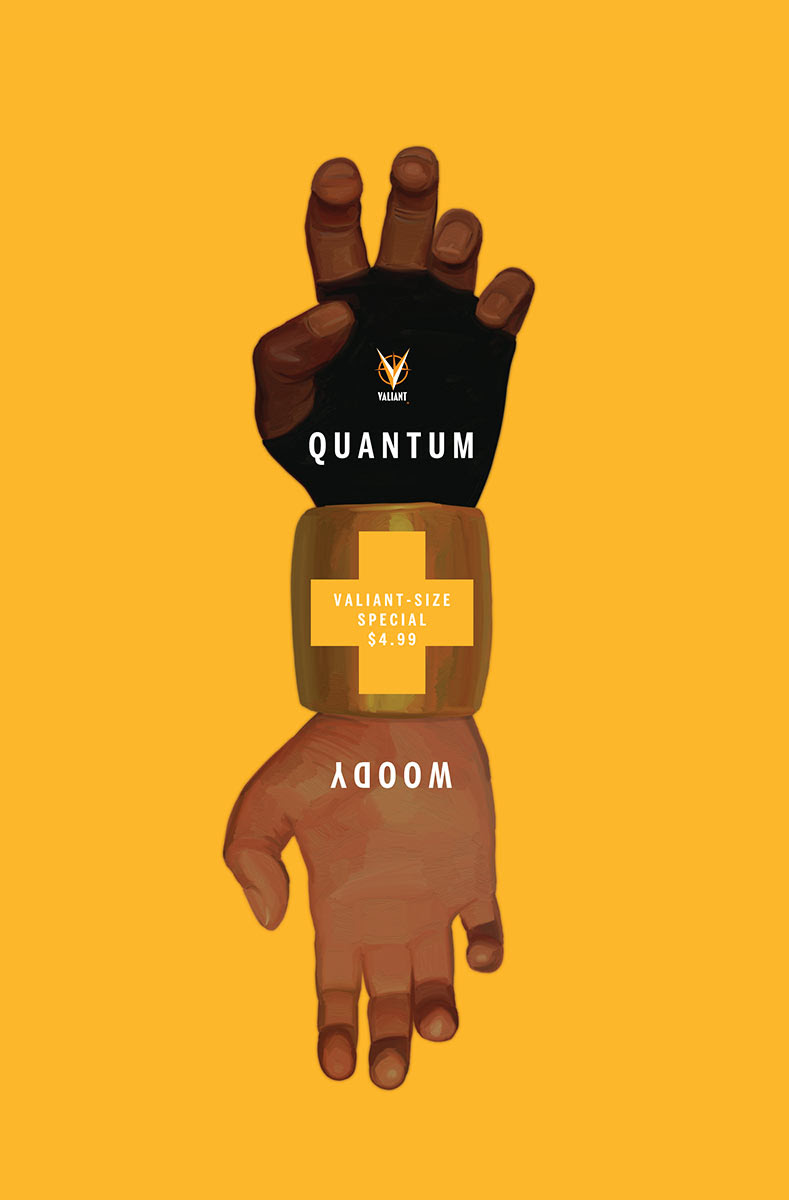 Reality hopping, multiple Woodys, and certain destruction? Welcome to life in the Woody-Verse! This December, if you thought one Woody was too much, get ready for VALIANT-SIZED QUANTUM AND WOODY #1!

As revealed at io9.com, writer and comedian Tim Siedell (@badbanana, Star Wars: Darth Vader and the Cry of Shadows) is joining Harvey Award nominees James Asmus (Quantum and Woody, The Delinquents) and Pere Pérez (Archer & Armstrong) to launch the world’s worst superhero team into an overloaded adventure that only a VALIANT-SIZED 40-page giant could possibly handle!

When an asteroid with a fifty-fifty chance of hitting Earth is spotted hurtling toward the planet, the unlikely super-team of Quantum and Woody are drafted onto the international team of specialists tasked with stopping it! But when the duo inadvertently cause a training exercise to go horribly wrong, they manage to doom the entire planet along with the only team capable of saving it. With few options and less time, Woody decides to ditch our world and escape into another through a secret space-time rift created by his arch-nemesis – old timey clone-Frankenstein-robot Thomas Edison! (No…you shouldn’t ask.) Our Woody’s betrayal, however, leaves the door to our dimension open to THEIR counter-Woody and his own counter-asteroid…leaving two worlds in the balance as two Woodys cut a reckless rampage through the multiverse! (Yes…it’s complicated.)

“A giant Earth-crushing asteroid is heading this way, forcing an uneasy alliance of international and interpersonal foes to put aside differences and work together to save mankind,” writer Tim Siedell told io9.com. “Quantum and Woody join forces with Edison, as well as a North Korean superhero and a rabidly anti-Semitic, but otherwise genius, nuclear scientist. This is Earth’s hastily-assembled Dream Team (or Nightmare Team, depending on how you look at it). It’s a story so big it can’t be contained on one Earth.”

Find out who lives…who dies…and which evil doppelgänger has the best goatee…when VALIANT-SIZED QUANTUM AND WOODY #1 leaps into comic shops everywhere this December!

For more information, visit Valiant on Facebook, on Twitter, on Tumblr, and at ValiantUniverse.com.
For Valiant merchandise and more, visit ValiantStore.com.
VALIANT-SIZED QUANTUM AND WOODY #1
Written by TIM SIEDELL and JAMES ASMUS
Art by PERE PEREZ
Cover by CHIP ZDARSKY
Draw Your Own “Blank” Variant by PERE PEREZ
Variant Cover by MIKE HAWTHORNE
$4.99 | ONE-SHOT | T+ | 40 pgs. | ON SALE IN DECEMBER! 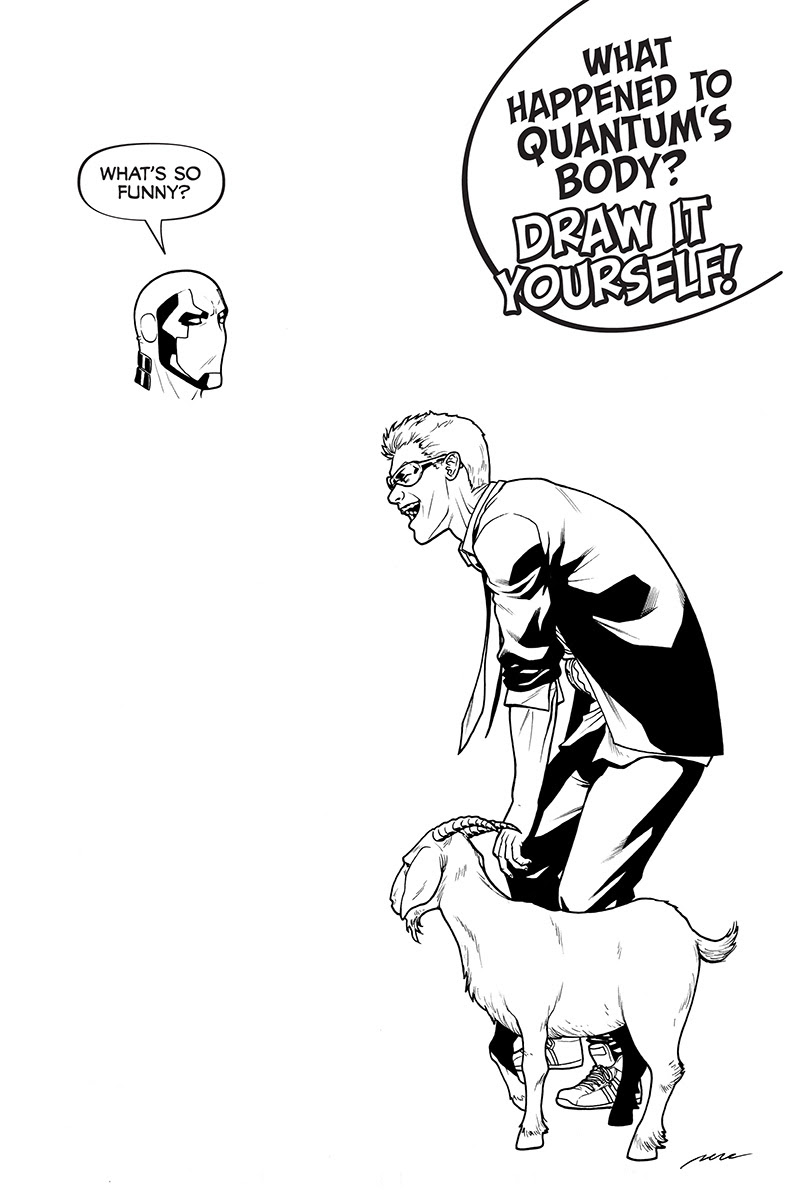