QUANTUM AND WOODY GO TO THE HARVEY AWARDS!

by Sebastian Piccione on Sep 5th, 2014 · No Comments on QUANTUM AND WOODY GO TO THE HARVEY AWARDS!

In honor of their multiple HAVERY AWARD nominations,

QUANTUM AND WOODY GO TO THE HARVEY AWARDS! 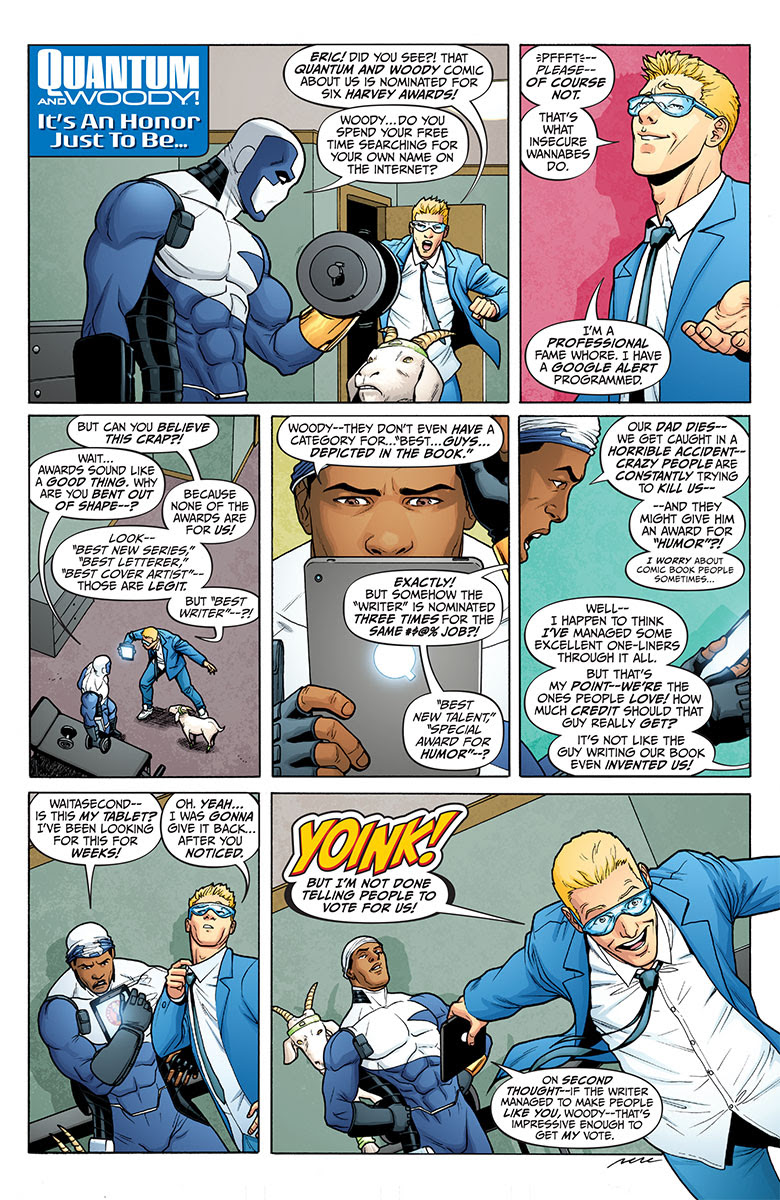 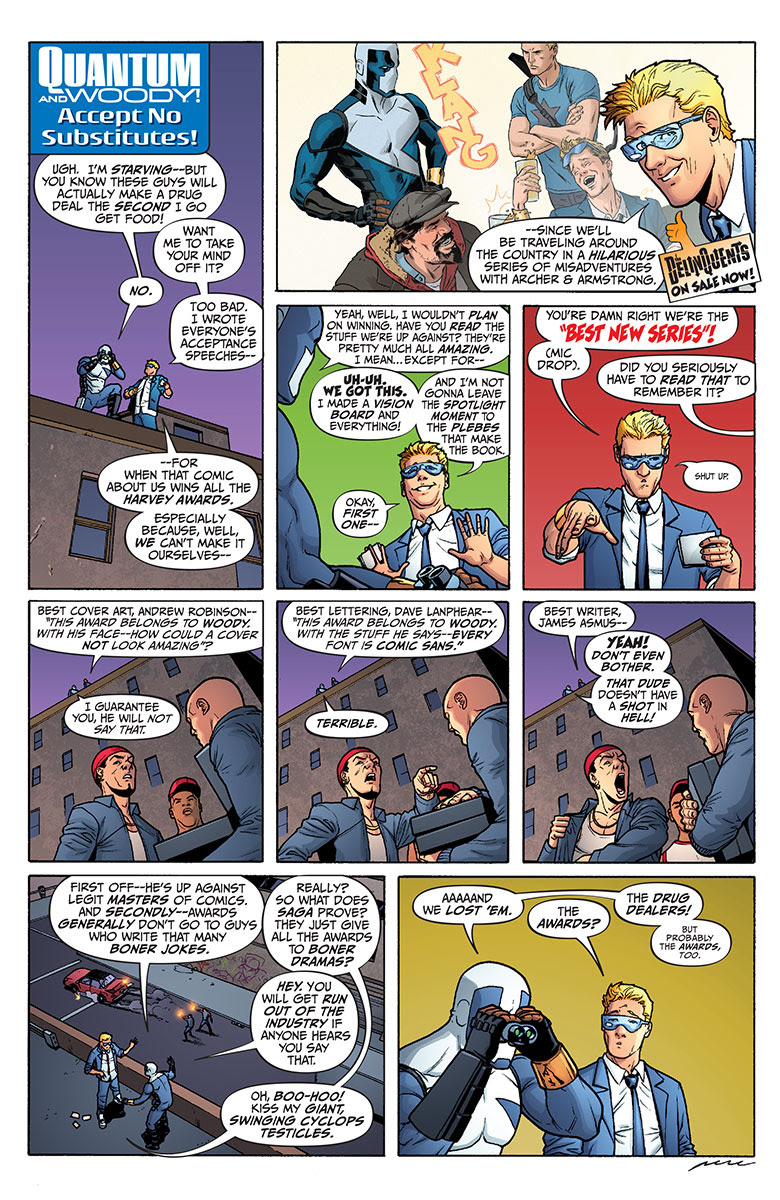 For more information on the 2014 Harvey Awards – to be presented this Saturday at Baltimore Comic-Con – visit HarveyAwards.org.