I love comics that are as intricately layered as a well-made buttery, chocolate croissants. Manly Guys Doing Manly Things is good enough to be relished with only the finest cappuccino. On the surface is a hilarious rough-and-tumble parody of macho video game heroes and their chest-beating tropes, but if you peel back the surface you find a densely packed subtle commentary on the often ludicrous expectations of masculinity presented by the media and video games. The setting is a temp agency for the impossibly macho men trying to readjust to the world after their video games are complete.  Kratos and Duke Nukem doesn’t last long the the day to day working world of retail and office jobs. Their guide to the real word is the reasonably well-adjusted Commander Badass, time-travelling Hitler-punching single dad, and the Pokemon League reject Jared and his Gyrados, Mr. Fishy.

The various video game characters are very accurately rendered and their facial expressions in the midst of their various rage-benders and personal meltdowns are hilarious. The author seriously knows her source material for games and comics.  The backgrounds are detailed and intricate as well, with loads of little Easter Eggs on the background posters and t-shirts. Most of the pages are stand alone, with some short and long story lines. There is one excellent long story line loving parody of JRPG adventures featuring were-bishonenism. The main character of Commander-Badass has really impressive depth and history. In addition to being a red-blooded American space marine fighting for truth, justice and the God of Masculinity Marlon Brando; he is a loving father, caring mentor and a patient boss. He’s a very laid-back person aside for his rivalry with the Canadian Guy, the pinnacle of Canadian Masculinity, who keeps beating his Robot Unicorn high score. There are occasionally pauses in publication, which are admirably brief seeing as the author is a professional animator.

Animator Kelly Turnbull, who frequently uses the name @Coalasquid, created the comic as a one-off contest entry but continues it due to popular demand. She is a Canadian transplant to southern California who has worked on such shows as Ugly Americans for Adult Swim and Good Vibes for MTV, as well as other.

Dedicating this column and sending a very happy birthday to my good friend Trin! You should check out her wonderful vlog series about friendship. She’s been one of my biggest supporters, and she’s also marrying her super cool sweetie this week too! She deserves a mountain of congratulations in the form of adorable kitten pictures. Apparently if you pallette-swap the Commander and dial up the Northern accent, you end up with the author’s father.

ABOUT THE AUTHOR: Jeanette Diaz
Jeanette Diaz has been dabbling in an array of geekery all her life, but has lately been devoting her time to video games and knitting. She is also researching various methods of doing both at once; although any solution she’s come up with seems to be an abomination unto Science or a defunct Nintendo peripheral. Other than that, she enjoys reading, web-comics, and cartoons. You can connect with her on Ravelry as planethalia. Jeanette lives in Chicago with a board game addict and two cats. Find her internet home at http://thewrongdrum.wordpress.com/ 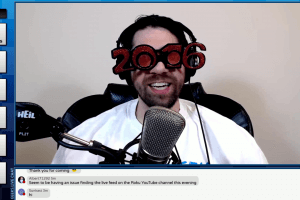 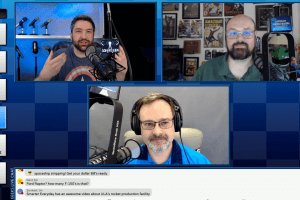 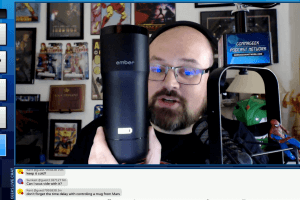 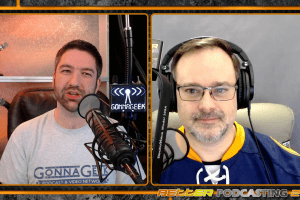 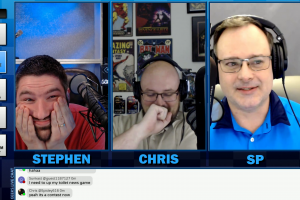