The only reason Keir Hansen really wants the ability to time travel is to be able to get to all the content the geek community creates in a single day. A web dork and hack pixel-pusher by day, all spare hours are devoted to absorbing film and television, reading and writing sci-fi, a smattering of gaming, unlicensed attempts at mixology, culinary adventures, and novice cat wrangling.
He was once accused of being a "Jack of all trades", but that sounded too much like actual work, and the accuser has since been sacked. His particular passions include Whovianism (classic and new), the complete works of Douglas Adams, and anyone who offers a free sample of wine and/or chocolate, even when unmarked white vans are involved. (It's okay. He can run really quickly.)

A cultural discussion podcast promoting appreciation, support and inclusion of all fandoms, interests and hobbies, in the pursuit of true community.

'In Defense Of' is a member of the GonnaGeek Podcast Network but is not owned by GonnaGeek.

When the world around you feels like a burning trashbag, there are many — many — of us who seek the temporary refuge of laughter. We rely on comedy and humor to brighten our days, distract our conscious minds, perhaps bond with others, and even release some valuable endorphins into our systems that help with the mental and physical healing processes. (It’s true!) Knowing this, the role of the comedian, the humorist, the satirist, is that much more important to our society. But is this a viable occupation in that society? How does one actually make the decision to bring laughter to others as a profession, and then seek out and test the medium in which to explore it? From the comedy stage, to the pages and sites of humor and satire magazines, to the writer’s rooms of television, film, and online studios, there are thousands among us who not only enjoy the good joke, but enjoy its creation. Joined by stand-up comedian and writer Riley Silverman, we look at what is means to make a career out of comedy, and how one can retain their sanity in the pursuit. (…Maybe.)

ABOUT THE AUTHOR: keir
Excessive talker on @InDefenseCast and @GallifreyRadio as well as numerous @GonnaGeek network guest appearances. Love child of Peter Pan and Pollyanna. ?

EE-3-1 – Reawakening
Posted November 23rd, 2020 -
SUMMARY As the party makes their way along the Norgeld Road back to Port Norsal, a strange person approaches them from the forest. Darodem greats them as a protector along these roads who has started to ... 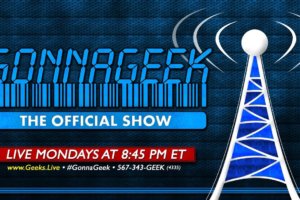 Pop Culture Cosmos #221- Deadpool’s Future In The MCU, Our Top Black Friday Deals, and Could This Be The End Of Agent XIII?
Posted November 23rd, 2020 -
Josh and Gerald bring you up to speed on the latest news in pop culture as they lament over the failure of the XIII remake, share thoughts on the Chaos Walking and Tom and Jerry trailers, talk about Deadpool ... 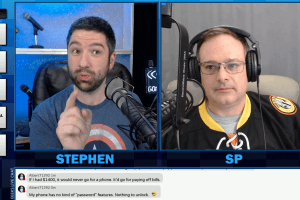 Gallifrey Public Radio: Whovian Mixology – The Doctors
Posted November 21st, 2020 -
If you were to attribute a drink to each iteration of The Doctor, what might it be? We each come up with a list of beverages that we feel matches every regeneration’s persona. http://media.blubrry.com/gonnageek/p/media.blubrry.com/gallifreypublicradio/p/media.gallifreypublicradio.com/gpr403.mp3Podcast: ...

PCC Multiverse #199- Wonder Woman 1984 Heads To HBO Max This Xmas, The Game Awards Has Its Nominations, and Can Liz Priestley Break IMDB?
Posted November 20th, 2020 -
Actress Liz Priestley stops by to talk about her upcoming role in the movie Concrete Cowboy that will debut on Netflix in 2021 and where she hopes her performance can go from there. Plus Noah Ian Fein ...

Community: Not the TV Show
Posted November 17th, 2020 -
EPISODE NOTES All episodes are available at https://TheNeuroNerds.com.  Follow @TheNeuroNerds on Twitter/Instagram and Like us at Facebook.com/TheNeuroNerds. Summary: In this episode, Joe and Lauren are ...

Pop Culture Cosmos #220- The Great Console Scalping Debate, Shannan Wilson On Making Movies In A COVID 2020, and Look Out… It’s The Return of Darkwing Duck!
Posted November 16th, 2020 -
The newest console generation has created a big demand, and Josh and Gerald talk about the supply issues and how that’s created a booming and controversial price scalping business. Is it fair or ...